When both of the Carolina Hurricanes‘ goaltenders left Saturday’s game versus the Toronto Maple Leafs with injuries, 42-year-old Dave Ayres came in as the emergency backup goaltender — and stopped 8 of 10 shots to get credit for the 6-3 win.

Ayres allowed goals on the first two shots he faced before stopping the final eight in succession.

“Obviously, that second period was a little shaky, but I told the boys in the dressing room, ‘Once we come out for the third, I’ll be settled down and ready to win this one,'” Ayres told the CBC Sports broadcast.

Ayres, a Zamboni driver and arena maintenance worker for the Maple Leafs’ AHL affiliate, the Toronto Marlies, has been the regular practice goaltender for the Marlies and has appeared at Maple Leafs practices and skills sessions this season. As the emergency goalie, he was available to either team, if needed.

“It was awesome. I had the time of my life out there,” Ayres told the Sportsnet broadcast after the game.

After he was named the No. 1 star, the crowd in Toronto gave him a loud ovation.

“I’ve been on this ice many times without fans,” Ayres said. “Put fans in the mix and it’s a whole different game, obviously.

Per NHL rules, Ayres was paid $500 for the game and was allowed to keep his game-worn jersey. He was greeted warmly by his teammates-for-a-night upon entering the locker room after the game.

I had no idea I was going to get a shower before I got in the shower,” Ayres said with a grin. “I got one.”

“It’s pretty special,” Brind’Amour said. “I told the guys after the game, ‘Thank him, because that just gave [us] an incredible memory.'”

“He probably dreams of playing in the National Hockey League,” Foegele said of Ayres. “What a moment for him. Something he’ll never forget, and something we won’t either.”

Carolina had a 3-1 lead when Ayres took over. James Reimer started in goal but left 6:10 into the first period with a lower body injury. Petr Mrazek left in the second period after he collided with Toronto forward Kyle Clifford.

Ayres, a Whitby, Ontario, native, came into the game with a No. 90 Hurricanes jersey but was wearing a helmet featuring Toronto Marlies decals. Several Toronto players came to give him stick taps after the second period.

He said advice from one of Carolina’s players helped him settle down after the shaky start.

Ayres’ hockey career was derailed by a kidney transplant in 2004. His mother, Mary, was his kidney donor. Ayres’ last competitive action was an eight-game stint with the Norwood Vipers of the Allan Cup Hockey League. He allowed 58 goals and had a .777 save percentage and an 0-8 record.

The Canes mobbed Ayres after he made a save at the final buzzer.

Ayres is the second emergency backup goaltender to gain notability over the past three seasons. In March 2018, Chicago-area accountant Scott Foster was called on in a Blackhawks game and made seven saves over 14 minutes to seal the win — and achieve viral fame.

Ayres was gratified by the reaction of the fans — especially since he helped beat the hometown team.

“The Toronto fans are real appreciative even though I was on the other team,” Ayres said, according to Fox Sports Carolina. “It was something I will never forget.”

The health status of both of Carolina’s goaltenders is unclear. If you order take-out or delivery, here’s the best ways to keep germs at bay→ 22 essentials for self-quarantine and isolation→ 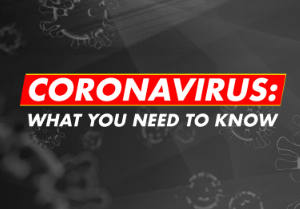 Help for our Hero’s